Kevin got inspired to create his shows and acts by traveling, discovering cultures and watching different daily situations. With his comic, astonishing or poetical acts, there’s always something unique on stage to amaze the audience.
Kevin would like to invite you into the world of Kevinski!
Who is Kevin Gorczynski?
Evolution of Kevinski
Who is Kevinski? 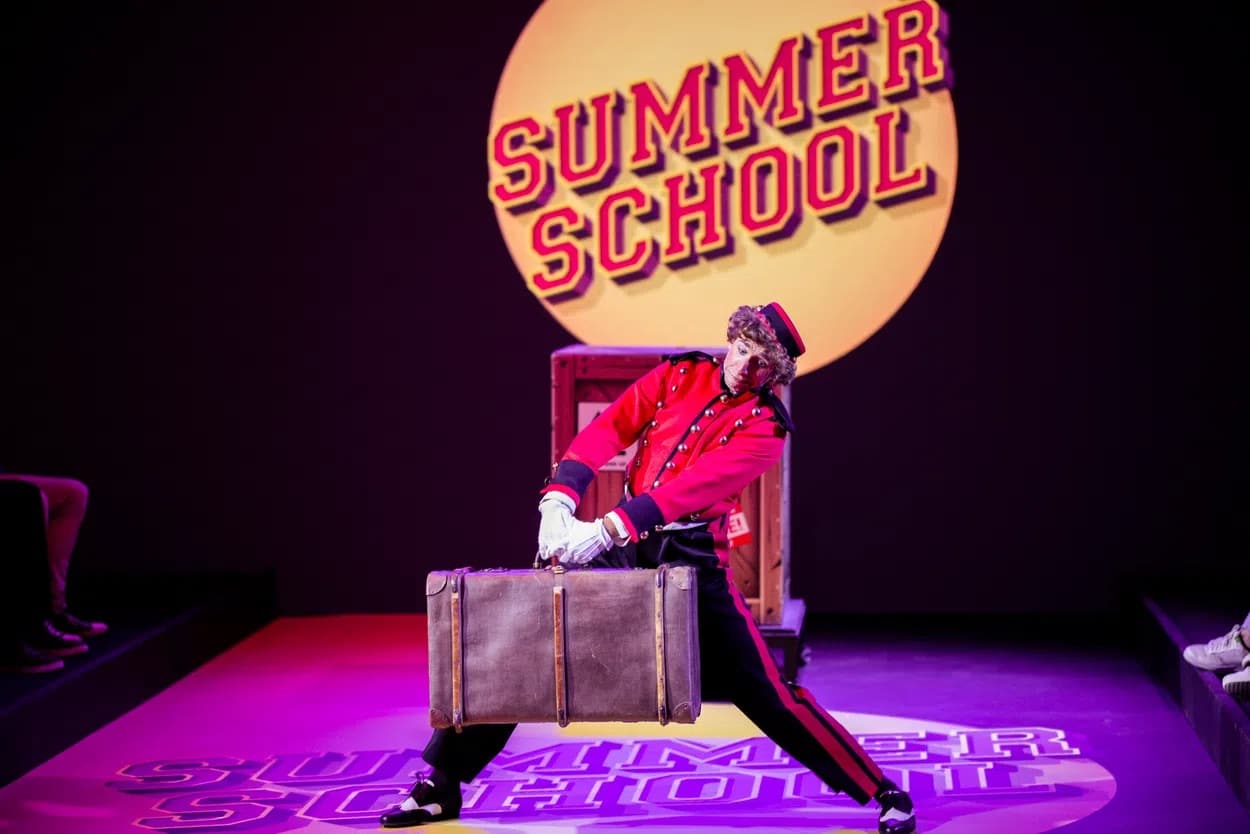 Kevinski has been working together with several companies and well known names, where he showed his versatile skills with succes. 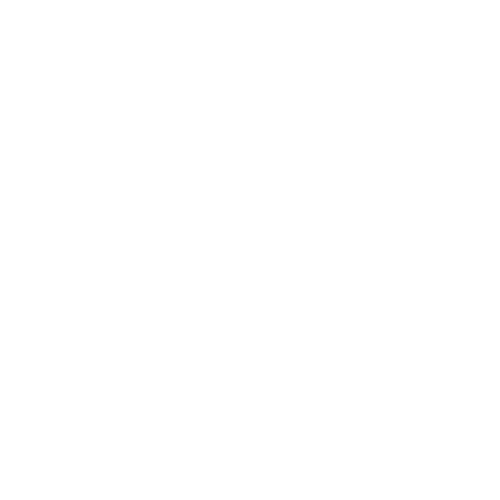 Personal developed acts which can be shown in the circus ring, the theatre, dinnershow and many more.
Both as a reprise, leading story act or act on it’s own.

A unique non verbal program in the theatre.

With his elastic face and body is Kevinski flexible to book!
Your wishes and Kevinski’s creativity can be combined and will be suitable for every program or theme.
Kevin can also take the artistic direction under his control.

Would you like to book an act, show, workshop or something else from Kevinski?
Feel free to contact! I’m looking forward to your message.

Who is Kevin Gorczynski?

At the age of 10 years old, the young and innocent Kevin went to different circus and theatre shows for the first time. His eyes started to twinkle and a feeling of happiness and magic came over him.
During every show he saw, he forgot everything around him and got caught in the fantasy world. The way the artist told his story without words or many attributes, from beginning until the end.
He noticed how the audience looked at the artist with wonder and hoe they couldn’t stop laughing. It’s not just the fun of the show, but also the feeling every person gets. The way the audience gets dream into the story of the artist and how they feel when he gets sad… Or happy! 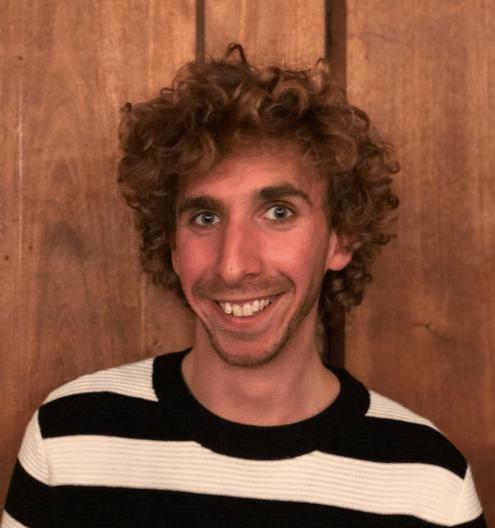 After this, Kevin found different legendary artist on the internet, like Charlie Chaplin, Marcel Marceau, Laurel and Hardy, Buster Keaton. He examined their work and got inspired. He saw the control of their body, how they build up a scene, what they presented during their act in that time and the timing of the movement.
From that moment Kevin knew: this is what he wants to do. He wants to give the audience this exact feeling, take people from all over the world away from their daily struggles, and invite them in his creative, mimic world! 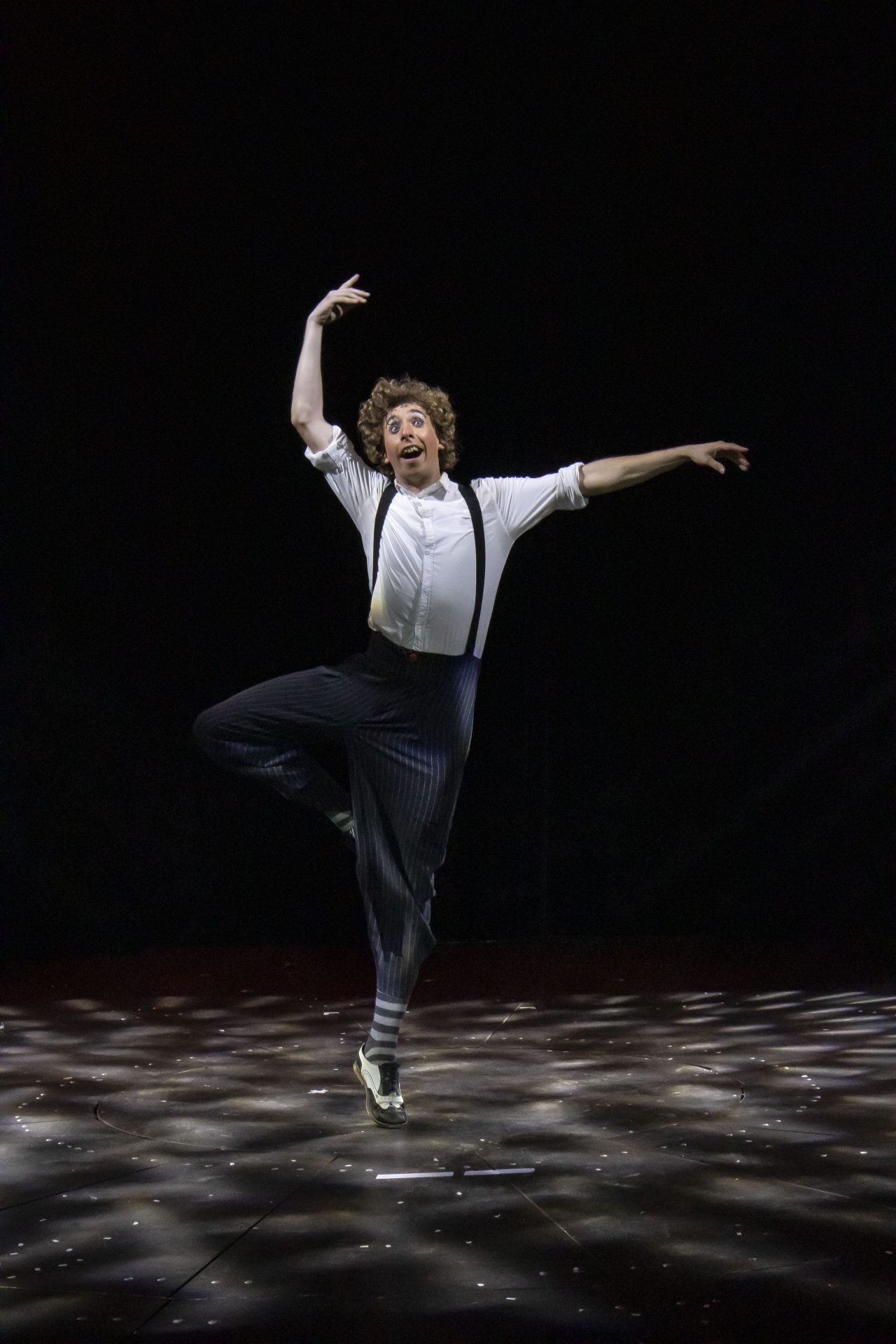 Starting as a self-taught mime, Kevin trained every day and performed with small gigs.
He developed his own acts and shows, and performed in the live shows of “Holland’s got Talent” where he got to the semi-finals.
To learn about the body and movement, he completed the dance education of the Dance Academy Utrecht. During this education he got trained in many different styles, such as jazz, modern, ballet and specialized myself in popping.
Kevin also followed many workshops in Europe and Australia at, among others, mime centers and the “International School of Acting and Creativity”. 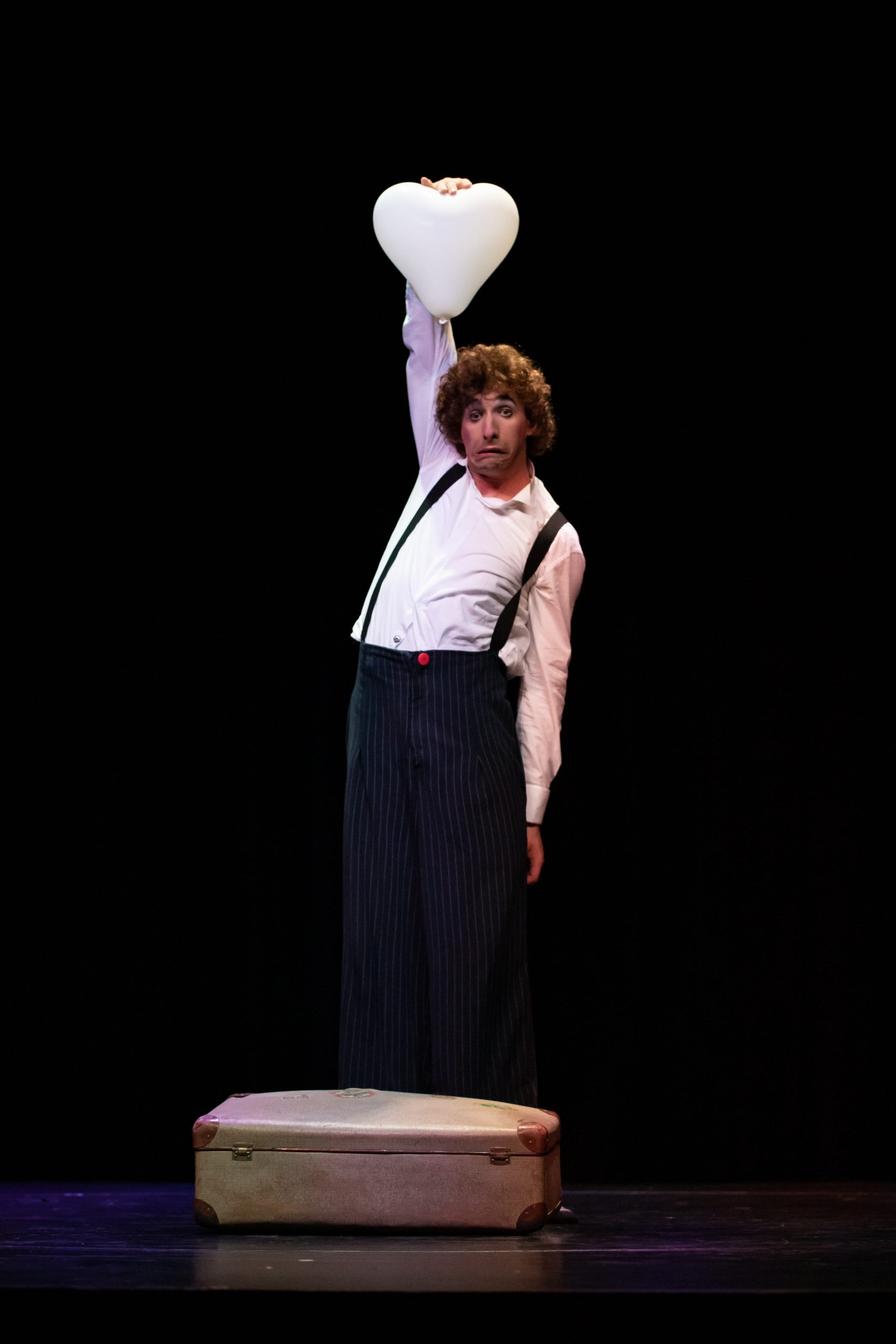 During this period, he also performed at shows, TV, theme parks, circuses, theaters and many other projects. Because of these experiences, he created his own style with the mime, slapstick, dance and comedy.
This is when Kevinski got created, with the slogan “Making the invisible, visibly funny”: showing something you can’t see or won’t expect, making the invisible joke visible.
Kevin received several prices for his work, such as the international price “Young person of the Year”, won a few talent competitions, won the European Championships from the Martial Arts Nunchaku’s and received the audience award at Christmas circus Haarlem.
But the biggest “award” he could receive, was being accepted in the database of Cirque du Soleil in 2015. 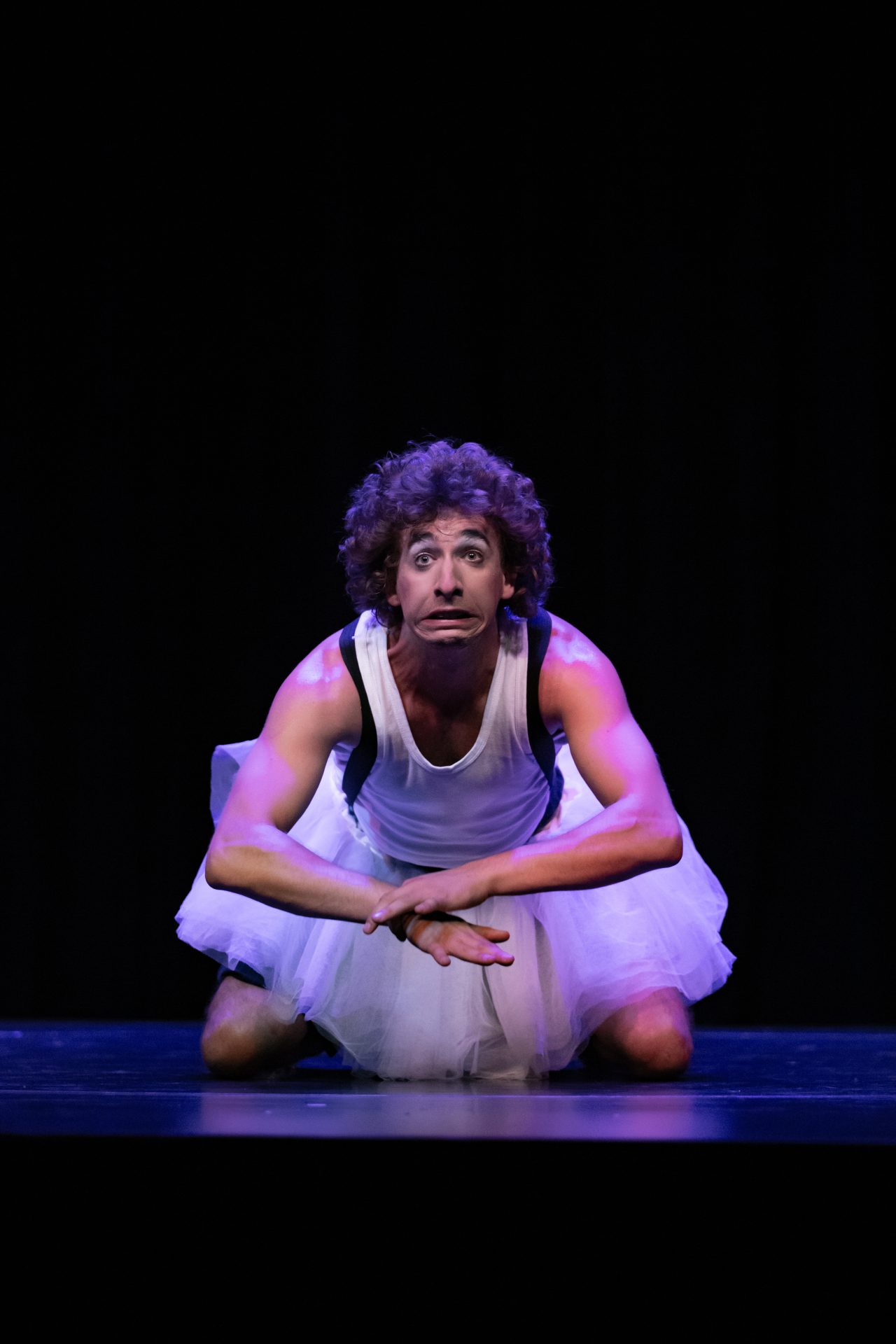 Besides my work as a mime artist, I also took some challenges to increase my work, such as directing, assisting and choreographing for different employers. Think about a Halloween and dance shows in Germany, stunt show in France, stilt walk/physical acting training in the Netherlands and a clown show in Paris.

During this work, I try to bring our passion forward with the whole team, so that the audience won’t only see but also feel how the artists are enjoying their performance. After all, everyone has been in the audience once in their life and watched with amazement to the stage.

I believe it is our job as a team to create this magic feeling and pass it on to the audience.
By developing different characters, I do not only put a story on the stage, but also show my creativity!

A cartoonish character, head full with curls, a mime artist!
With his comic facial expressions and flexible body, Kevinski brings his audience to astonishment.
The smile, the story, being amazed and taken away from the reality, is the feeling he wants to give to the audience.

You can book Kevinski for a comic act, entangle him in the story as physical actor, with his own acts or shows, or customized acts/shows with endless possibilities. 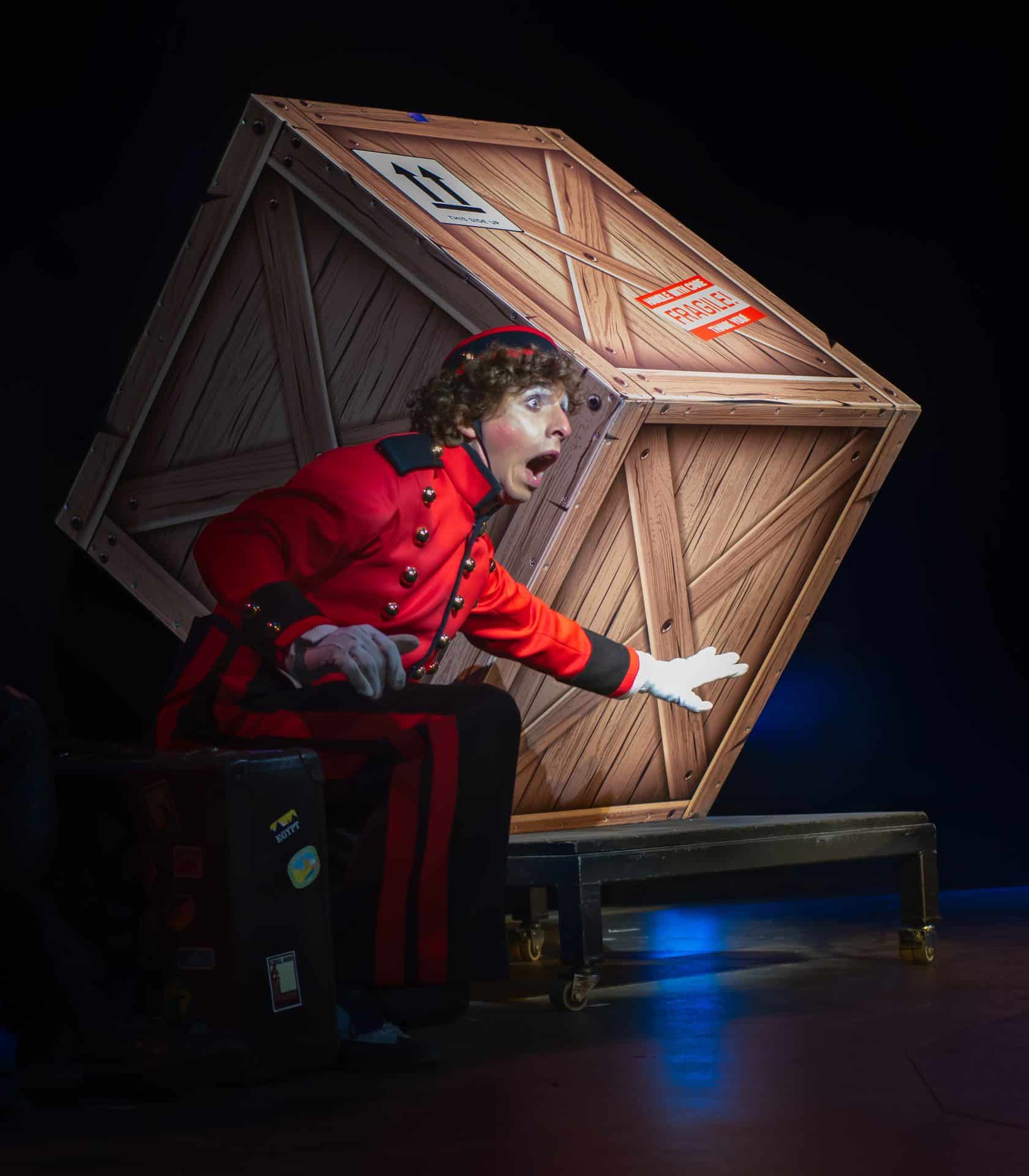 The silent but expressive Kevinski loves to explore different cultures and travels around the world.
He goes from city to city, country to country, to show the endless possibilities from the several cultures in his own way.
With his artsy way of traveling, he invites you to join him on a hilarious adventure. The mime artist arrives with his acts in many countries and discovers it’s various particularities in his own, comic way.
Come and see Kevinski as a comic ballet dancer in Russia or find him in France, where the love takes the audience on an adventure. Or even in China, where he is the Kung Fu master and the Nunchaku’s are flying over the stage.
Kevinski loves to share his world, his journey with you. Discover and be amazed! Everyone knows Charlie Chaplin. The happy guy with his black hat, wooden cane, odd walk and moustache who goes on many adventures.
Did you know the character of Charlie Chaplin is actually called ‘the Tramp’, but is played by Charlie Chaplin? His character ‘the Tramp’ became known because of his non-verbal language everyone could understand, the pantomime. But not only because of that!
By portraying typical and recognizing situations of the society in a playful way, everyone could relate to him.

Kevinski is no imitator of Charli Chaplin, but ‘the Tramp’ gets interpreted by Kevinski in his own way, to portray the daily life in a playful and poetic way.

So imagine, what would happen if ‘the Tramp’, played by Kevinski, arrives on the stage in 2022? The mime artist and the orchestra; the sound of silence!

Live classical musicians and the art of mime come together.
Inspired by “Commedia dell’arte”, various characters come to life, played by one artist. No masks but movement, flexible facial expressions and the beautiful sound of the string orchestra make the character come to life. Learn the classic pantomime movements!
Work on a series of exercises that belong to the art of mime. Think about the glass wall, drinking from a cup or even make a suitcase float in the air. Then you will learn how to use the different exercises during your performance or training.

You will be teached how to create and develop your character. Discover how you give your character color and how to do it justice during the performance.

These workshops and training are suitable for everyone who is interested, regardless of age of level.